From Sea to Moor - Ninio Visits 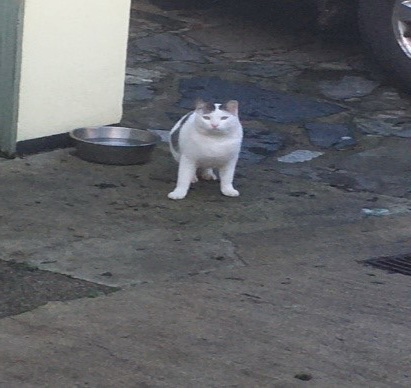 A few weeks ago, we had an unexpected visitor turn up in the form of a beautiful white cat who we now know to be an Arabic Mau with the name of Ninio. It came flying out of the building where we leave food and water for our cats Billy, Milly and Sox and disappeared across the camp site.

Our own cats were not amused by this new visitor and decided to stay indoors. The visitor disappeared for a few days but then appeared again. By now the weather had turned very cold and it seemed he had found a nice cosy spot to sleep in the hay

A neighbour said that “Snowy” as he was now being called to reflect the weather had been at their property for a few days before disappearing. A few weeks had gone by and he seemed to be making a home for himself, but at the same time giving the impression that he really wanted to be elsewhere. A sensible approach perhaps with the weather getting even colder. We were concerned.

Very friendly and talkative he was clearly used to living in doors and from his condition when he arrived had been clearly well cared for; but very wary of us!

Ringing around neighbours and community social media identified a couple of suspects but when owners checked they were safely at home.

Then the boss had a brainwave! What about our local Cats Protection at Launceston? All of a sudden thing started to happen thanks to their brilliant volunteers led in Snowy’s case by Natalie.

Our initial call was met by a pause and the response that a similar cat had been circulated several weeks ago in the Looe area.  A further call ten minutes later confirmed this was the case. Also, that the lost cat had been microchipped by a very sensible owner. Could we catch it and get it too our vets for scanning?

A renewed sense of determination was followed by the Saturday boy being tasked to catch that cat! Well a few packs of cat treats and sore knees later Snowy really did not want to play ball. Would you believe that it is not possible to catch a cat even though you can get it to take treats from your hand? We didn’t but do now.

Back to Natalie. “That’s OK leave it to me I will let you have some kit which will help”. A few hours later the said kit was duly supplied and installed. 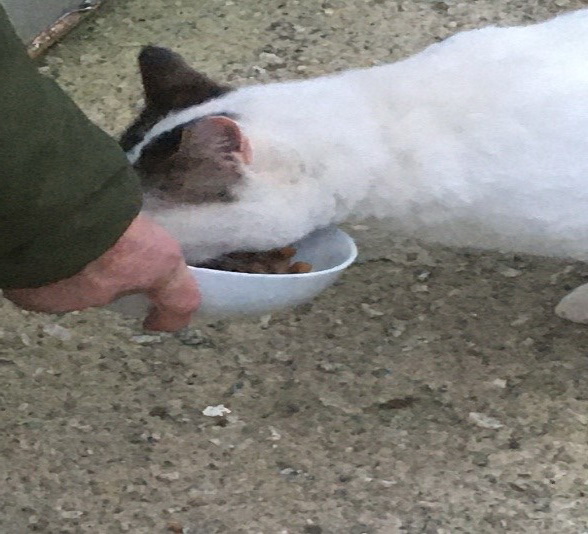 This sounds simple but in a rural area such as ours this took a lot of time and travelling and all done by volunteers.

Within an hour and with the help of some roast chicken Snowy, who had been having a nap in the sun on our dog’s bed, was safely secured and on his way to Ellis Vets of Liskeard for scanning.

Within a few minutes of arrival, we had the response we were waiting for. Snowy was now Ninio again and his owner was on the way from Looe to collect him.

During the pandemic the work of volunteers alongside professionals has become increasingly important to our daily lives. In this case the prompt response by Ellis Vets was enabled by a fantastic “can do” service by Natalie and the team from Launceston and District Cats Protection.

We were amazed to hear that since Christmas over 30 cats had been rescued in this area of Cornwall alone.  A sincere thank you folks for all you do. Also, a big shout out for the campaign led by Cats Protection encouraging owners to microchip their cats. It certainly worked for Ninio and his owner.

It was great to have something with a happy ending in what’s generally been a pretty grim 12 months.

We still have not worked out how Ninio travelled almost 10 miles to reach use here on the edge of the moors from his home in the fishing port of Looe. Did no one tell him about the lockdown and essential travel?

Perhaps he took the train and the wonderful branch line between Looe and Liskeard? “Pawsing” before stepping on a bus or did he sneak into the back of a delivery van for a “purrfect” door to door journey?

We will never know, but perhaps someday you will visit again and maybe this time bring your owner with you?

When you subscribe to the blog, we will send you an e-mail when there are new updates on the site so you wouldn't miss them. 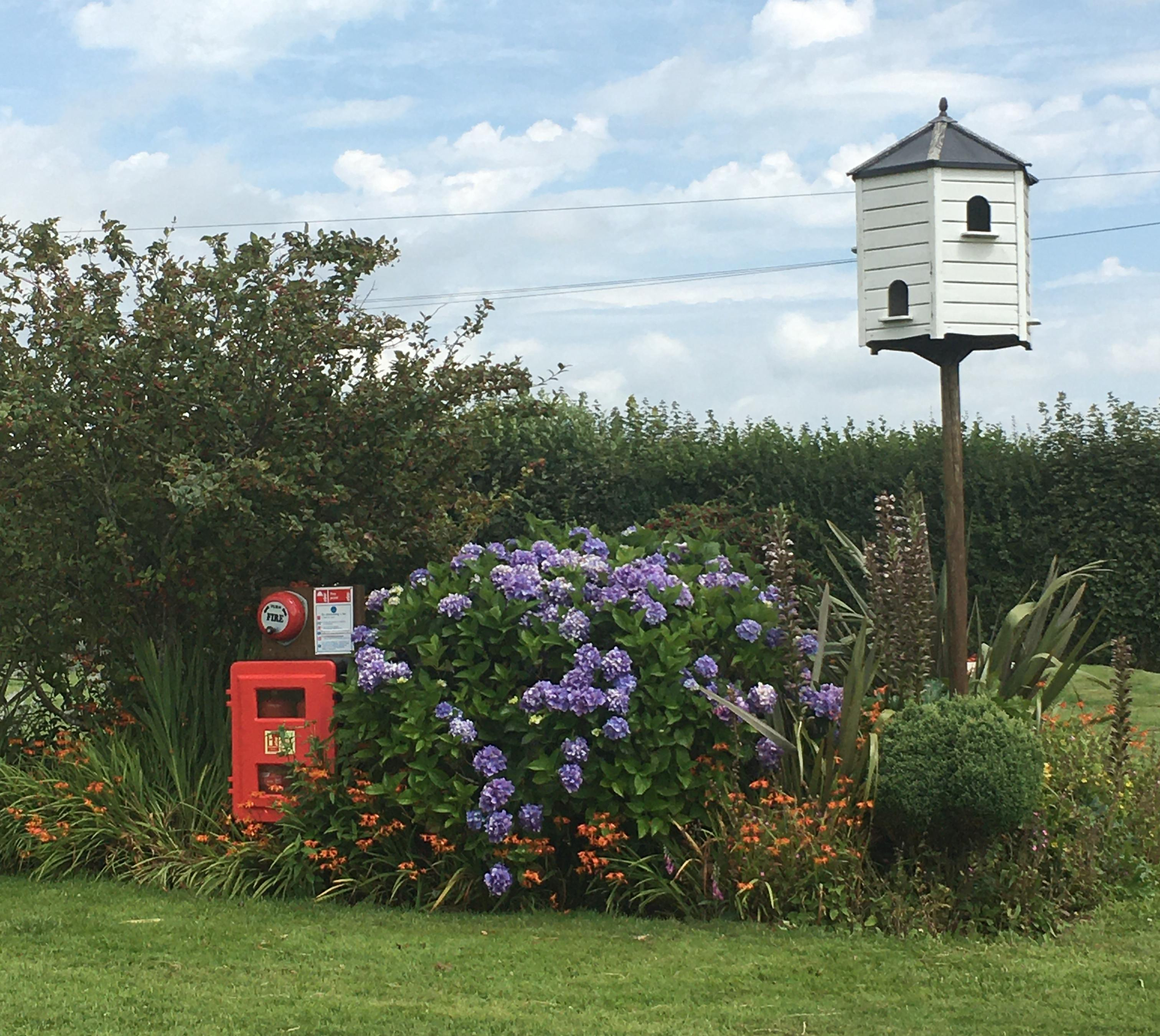